With a population of over 1.3 billion, taking 16.72% of the world population according to worldometer. A whooping 600 million people living in the sub-Saharan are yet to have access to electricity. Although it is estimated that 1 billion people will get access to electricity in 2040 an estimated 530 million people will still not have electricity access due to population growth. But the use of solar power in Africa is promising.Countries in Africa have adopted so many means of solving this problem. They have increased the distribution of power. Country like Nigeria has tried privatizing the power sector, in a bid to improve power distribution and generation. And there is evidently no constant power supply in the country. Also, the means of production of power generate a lot of  unfriendly environmental effect, the use of gas as a source of energy generation releases some green house gasses which are the major cause of global warming. 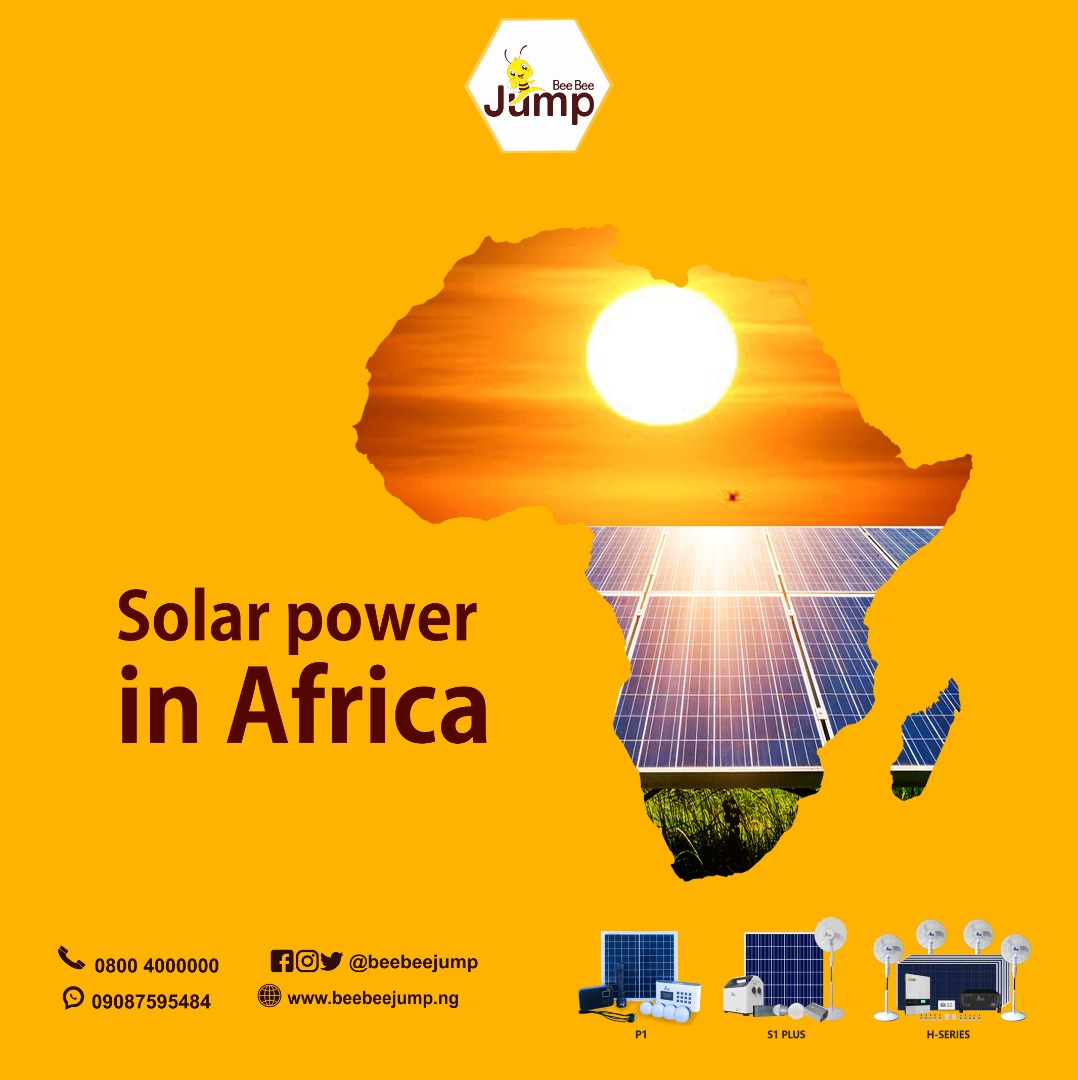 Solar power is the new energy. It has incredibly improve life of people using it especially in developed countries where it is vastly used. Africa countries are now embracing the new energy, with a lot of applaud and encouragement from African community and organization. The African development bank, European union and European investment bank among other institution, supported the solar project in Morocco, the Noor Midlet solar complex with 800MW capacity with an estimated cost of 2.4billion dollars is one of a kind in Africa. Other Africa countries are declaring their intention to invest full time in solar power. Seychelles just announced they’re planning to install Africa’s first floating solar project, which is expected to contribute 5.8 GWh annually to the country.  Farming is one of the occupation that is embraced by the Africa community. Power is one of the major requirement of farming successfully. Countries in Africa has started embracing the use of solar power to get poultry pens and storage facilities work on a more sustainable and less expensive pace. The PULSE solar water pump have been distributed by world bank to farmers across Africa. It is viewed that it will decrease poverty rate in agriculture. Since, it increases productivity by 10% and have the potential to reduce poverty by 7%. All thanks to solar power in Africa.

Nigeria is the most populous country in Africa. According to the International Energy Agency,it has the second-largest off-grid energy market in the world, following only behind India. Around 77 million Nigerians are either under served or completely lack access to the national electricity grid. Hence, it is a large market for solar power, investors have noticed this and have started solar ventures. Presently they are various solar power company in Nigeria.

Benefit of Solar power - The first and the most significant benefit of the new energy is it environmental friendliness. It does not generate fumes or green house gasses, and does not generate any form of noise. Which makes it fit for homes/businesses. It is referred to as the most affordable renewable energy ever seen by energyscape. Because of the mass production of solar panels the cost of solar power panels have reduced to half its original price. Thereby making it affordable and available for people to use. Comparing the cost of getting a solar product to getting a grid power supply is so low that it can reduce the running cost of a business significantly.The business brand  enhancement of the new form of energy cannot be over empathized, because of the nature of the energy, businesses that use this form of energy in Africa are considered to be sustainable and get government and public approval. Which increase it perceived value.

Beebeejump solar is one of the leading solar power company in Nigeria. And has helped Nigeria citizen/businesses tap into the benefit of solar power. With it vision of providing easy life with electricity in Nigeria. It has presence  all over Nigeria. In a bid to provide good access to the new energy. Going solar has never been easy. All you need to do is to visit Beebeejump solar official website. And get started at any level you can afford.