Reduction of environmental pollution with solar power in Lagos

According to Wikipedia - Air pollution is the presence of substances in the atmosphere that are harmful to the health of humans and other living beings, or cause damage to the climate or to materials. One major cause of Air pollution is fumes(smokes) from Generator and exhaust of vehicles. This is major contributor in the cause of respiratory diseases among the citizens of the state. The ultimate solution is the use of renewable solar power. 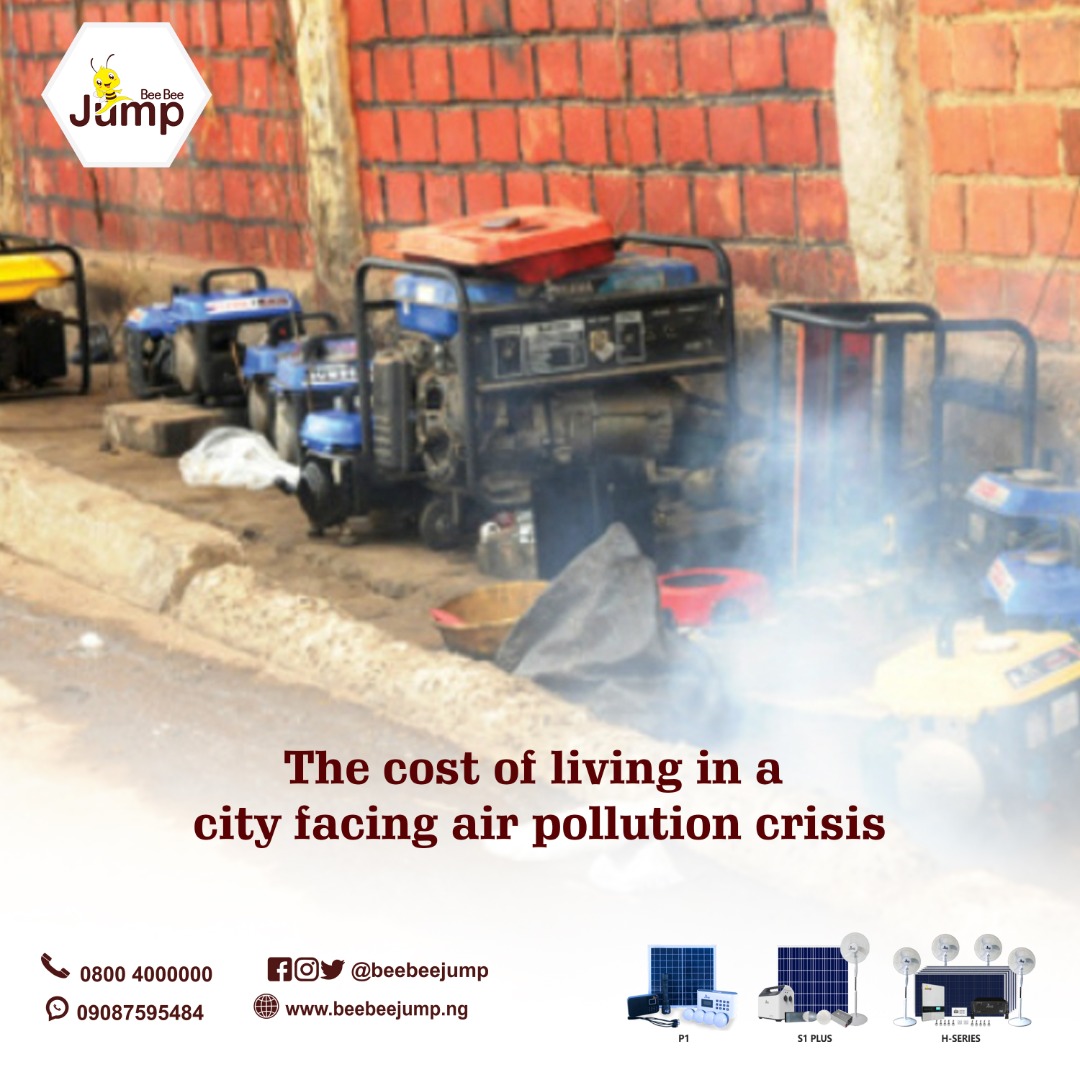 Emissions from industries in the city’s industrial zones contribute to the risk faced by millions of people, the use of diesel and petrol generators which power offices and homes often suggests residents live in an atmosphere of polluted air. In order to meet up with the daily demands of electricity in the city, residents rely on diesel/petrol generators to augment what is gotten from the national grid.

Living in Lagos is getting more expensive as the days go by, inhabitants of the ‘’mega city’’ have to weather the challenges of traffic due to bad roads and air pollution as a result of Cars not in good shape and chiefly because of Air pollution.

Lagos has a population of over 20 million people, and if the recent data released by the World Bank is anything to go by, there is every reason to be afraid. A recent study conducted by the World Bank shows air pollution accounts for an estimated 11,200 premature deaths in 2018 alone, of the 11,200 deaths, 6720 of them were children who were under the age of 5 died as a result of respiratory infections, solely because of air pollution.

According to Nigeria’s Minister of Science and Technology, Obonnaya Onu, the mega city lost $2.1 billion, which is 2.1% of the state’s gross domestic product(GDP) due to harm caused by air pollution. This is not a good news economically for a city that prides herself as a mega city.

Solar power being the most affordable renewable energy with the ability to give power without pollution is the perfect solution to reduce the negative health impact, economic impact and environmental impact of using the non-renewable form of energy. It is evident that solar energy is effective in the reduction of air pollution. The world most polluted cities are located in china, in a bid to reduce it air pollution, china as a country has the worlds largest solar energy capacity than any other country in the world has at 2018.

Beebeejump solar is a leading solar energy company in Nigeria, which provides high capacity solar panel and solar kits. It also provides services such as solar installation, maintenance of it solar products nationwide. With full knowledge of how the environment is in Lagos and Nigeria at large.

We can all join hands together to save our planet by investing in solar power, and you know when we are talking about solar energy, only one company comes to, and that is talking about Beebeejump solar.

Beebeejump international limited, is a solar company that has vested interest in providing citizens and business with quality and affordable solar electricity to meet their everyday electricity demand using lithium-ion phosphate batteries and polycrystalline solar panels with flexible payment plans.